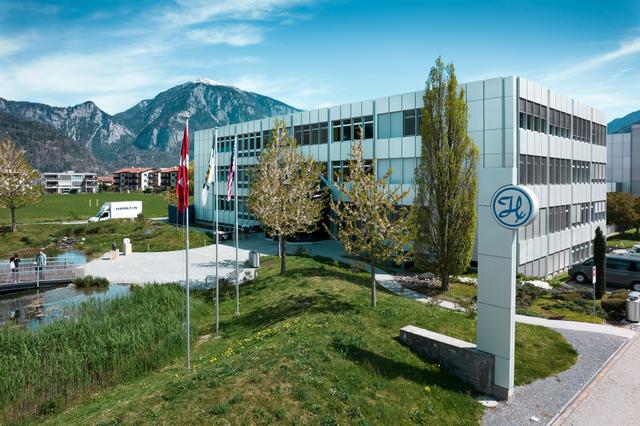 We have detected that you are visiting our website from United States.
We offer a separate version of the website for your country (United States).

How we got here. The story of Intelligent Ventilation

July 2020: Bob Hamilton holds the 1,000th HAMILTON-T1 ventilator produced in Reno, Nevada. Just a few months before, this building had been nothing more than an empty factory.

"Now I can imagine how my father must have felt back then when our first ventilator was completed in Switzerland. It's overwhelming." But there is a difference. In 1984, Hamilton Medical was just a start-up; today, one in every five ventilators worldwide is ours.

The Reno production facility was planned, implemented, and commissioned within just four months. And that during the Corona pandemic. "We benefited from decades of production experience at the Swiss site," reports Bob Hamilton. "It was a terrific team effort. I would never have thought possible the forces that are unleashed in such a situation." 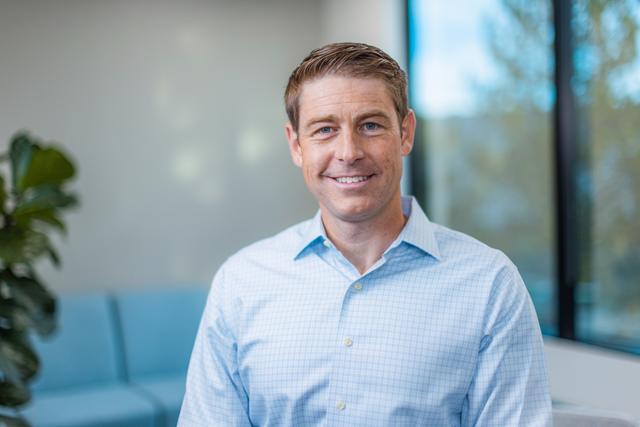 My family's mindset is to drive innovation to improve people's lives. My grandfather Clark revolutionized the world with the invention of the microliter syringe. Laying the foundation for today's Hamilton Group in 1947.

My father Steve pushed several revolutions in mechanical ventilation. And we will continue to do so in the future. Because we are committed to helping medical teams deliver the best respiratory care - to anyone, anywhere.

Curiosity and courage. A small ad with huge impact

It was a small advertisement in a Swiss newspaper that laid the cornerstone for Hamilton Medical. His curiosity aroused, the young Steve Hamilton made contact with the anonymous advertiser. That led to a meeting with the Swiss engineer Amadeo Meyer in 1980.

That meeting was to prove a resounding success for both parties. Amadeo Meyer had found an investor to help realize his vision of operating ventilators using a microprocessor. And Steve Hamilton had found a new area to continue in his father's inventive footsteps: mechanical ventilation.

An American family gains a foothold. In the Swiss Alps

Steve Hamilton recognized the opportunity and seized it with both hands, hiring Amadeo Meyer. Together, they scouted for engineers to help develop a microprocessor-based ventilator. In 1983, Hamilton Medical AG was founded in a small motel near Bonaduz.

"My grandfather had founded Hamilton Bonaduz more than a decade before. We were impressed by what our Swiss colleagues were capable of, so felt this would be the perfect location for the budding Hamilton Medical," Bob Hamilton says. "My father always stressed how much easier that made things."

The first of its kind. A great idea and a team to match

"I was just a little boy. But I can still remember my father telling me about that first ventilator and his dedicated team of engineers in Switzerland,” Bob Hamilton remembers.

In 1984, VEOLAR was one the first ventilator ever produced to be controlled by a microprocessor. With it, electronic analog devices became a thing of the past. Software was the new standard, opening up a world of possibilities. More functionalities like the flow trigger could gradually be added - a major step forward in patient comfort.

"With VEOLAR, the flow was already measured directly at the patient's mouth. This gives us an unfiltered patient signal," Bob says. "Proximal flow measurement is a key technology we have held on to. To make ventilation as individualized as possible.”

Military green and no display. But already intelligent

"It wasn't pretty, our first ventilator," smiles Ralph Teuber, who moved from the German Baltic coast to the Swiss Alps in 1992. “But the VEOLAR was the basis for all our future developments. And even at that time, it was intelligent enough that ventilation could be adapted to the patient's condition."

For many years, Ralph Teuber has been in charge of product management for our ventilators. Nowadays, product design also plays a pivotal role. "Of course it's about the visual aspect, but even more important are the ergonomics, which we take into account throughout the whole development process."

A vision is born. Steve Hamilton and NASA

“When I was younger, my father talked about being in contact with people involved in the space program. This made a big impression on me. But it wasn't until years later that I understood this had been the start of his great vision," Bob Hamilton recalls.

In 1987, Steve Hamilton was in touch with a physician at NASA. His aim was to fit out a space shuttle with an ICU that could be staffed by non-clinicians. "It was a crazy thought that inspired my father to create an automated ventilation system. To make ventilation possible for anyone, anywhere."

In the years that followed, he invested a lot of time and money keeping the R&D team free to pursue this vision.

Christmas 1990. Two sisters under one roof

Big ideas need plenty of space. Seven years on, the motel where it all started was simply too small. The Hamilton Medical team took up residence in part of its sister company's building in Bonaduz.

Powered by dedication. And a chance discovery

At that time, there was no reliable sensor technology to measure physiologic data such as CO2 in exhalation. Simply by chance, the team made the fortunate discovery that their idea could be implemented even without sensor technology.

“Even today, I am told that my father was totally committed to the cause and, above all, he was present. He always motivated his people to keep going,” recalls Bob Hamilton, "even with all the setbacks and uncertainties. He felt an obligation to continue investing, even with the high risks involved, to keep improving mechanical ventilation."

Steve’s idea was that the system should behave like an autopilot: At the beginning, the ventilation therapy needs to be initialized and optimized to suit the individual patient. During ventilation, the device must continuously adjust and optimize the settings.

As soon as the patient can breathe on their own, the system should initiate the weaning process so that they can be separated from the device as soon as possible.

“The metaphor of a passionate pilot. It has stayed with us throughout decades of development," recalls Dr. Thomas Laubscher, who was involved from the very beginning.

Christmas 2018. A big move for our production facility

There was no longer enough space in the Bonaduz building. The production and logistics teams moved to the new building in nearby Ems.

"At that time, no-one had any idea that we would soon be needing significantly more space. The following year was a very successful one, we grew enormously in 2019. Then the Corona pandemic came along and the demand for our products increased exponentially," Bob Hamilton explains.

Commitment. And a lot of staying power

“The Corona pandemic has reminded me more than ever of the impact our daily work can have. Back in the 1980's, our first engineers had already started with the development of intelligent ventilation technology. The aim was to make it easier for medical teams to provide safer and more individualized respiratory care to patients – even in the absence of ventilation experts.

Over the last decades, we have revolutionized mechanical ventilation with technologies like ASV®, INTELLiVENT®-ASV, and IntelliSync®+. And we will continue to do so. Because we are committed to helping medical teams deliver the best respiratory care – to anyone, anywhere.” 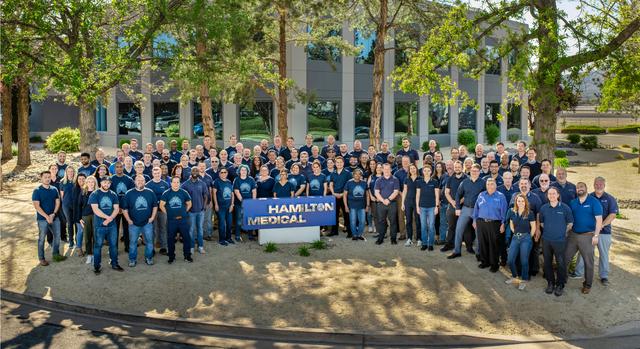 Over 750 clever minds and many busy hands. In one team

We are a multinational team in many different countries, all driven by the same commitment: To help medical teams deliver the best respiratory care - to anyone, anywhere.